Francesco Bagnaia had a record-setting lap time of 1m52.772s that put the timesheets on fire, showcasing the Ducati’s outright speed. 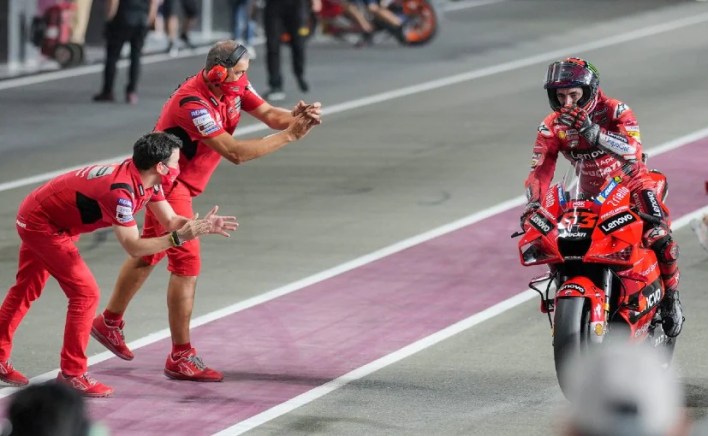 Franseco Bagnaia starts from pole, ahead of Fabio Quartararo and Maverick Vinales on the Yamaha

Ducati’s Francesco Bagnaia had a smashing start to the 2021 MotoGP season, bagging the pole position for the Qatar Grand Prix. The Italian rider had a record-setting lap time of 1m52.772s that put the timesheets on fire. He edged ahead of Frenchman Fabio Quartararo, who was astride the factory Yamaha for the first time. The Yamahas dominated the next few positions as Maverick Vinales on the second factory Yamaha completed the front row.

Also Read: MotoGP Exclusive: To Be In The Same Moment On Track With Valentino Will Be Special, Luca Marini

Starting in the second row is the seven-time world champion, Valentino Rossi, securing P4 in his Petronas Yamaha SRT debut. The veteran rider is one of the oldest and most competitive on the grid in what is his 26th Grand Prix season. Following the Yamaha riders was Jack Miller on the Ducati at P5, while Johan Zarco on the Pramac Ducati took P6 and starts from the second row. The rider was able to boast the fastest speed of 362.4 kmph on a MotoGP lap.

The third row will see Franco Morbidelli on the Yamaha SRT start at P7, alongside Aleix Espargaro on the Aprilia and Alex Rins on the Suzuki. Defending champion Joan Mir did not have the best day out on Losail International Circuit suffering from electrical issues and had to settle for P10, behind the two Hondas of Takaaki Nakagami (LCR-Honda) and Repsol Honda’s new recruit Pol Espargaro. 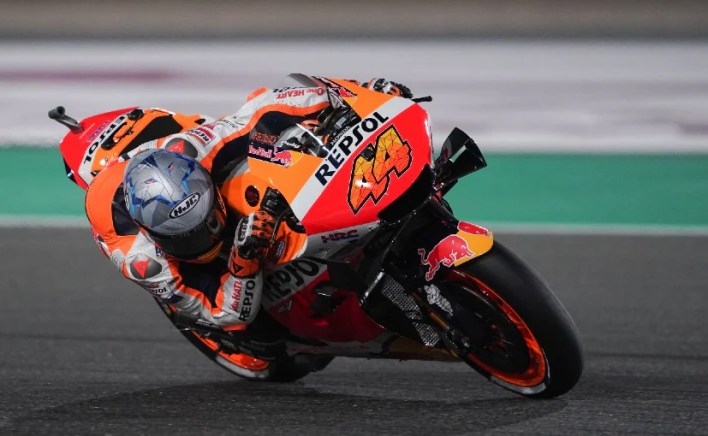 It wasn’t the best start for Honda overall with Alex Marquez on the LCR bike starting at P16, followed by Stefan Bradl on the factory Honda at P17. Bradl is filling in for Marc Marquez, who still needs time to recuperate from his injury and subsequent surgeries last year.

Meanwhile, 2020 Moto2 champion and MotoGP rookie Enea Bastianini riding for Avintia Ducati starts at P13, followed by Jorge Martin on the Pramac. Another rookie this season, Luca Marini on the Avintia Ducati finished 18th. KTM’s struggles in Qatar were showing with Miguel Oliveira taking P15, while its star rider of 2020 – Brad Binder could only muster P19, ahead of Danilo Petrucci on the Tech3 KTM. Iker Lecuona could only manage 21st on the Tech3 KTM. Starting at the back of the grid is Lorenzo Savadori on the Aprilia.

The Qatar GP will be an interesting sight with the outright speed of the Ducatis working in their favour, while Yamahas aren’t too far behind either. Meanwhile, Suzuki brings its strong form from 2020, which gives Rins and Mir a fighting chance barring there aren’t too many electrical issues. The field will also face Qatar’s seasonal hot winds that pick up a tonne of desert sand in the first race of the season.

Insurance For Used Cars: Things You Should Know