Bipul Chandra, MD, Ducati India, confirmed to carandbike that the Ducati Multistrada V4 will be launched in India by July 2021. 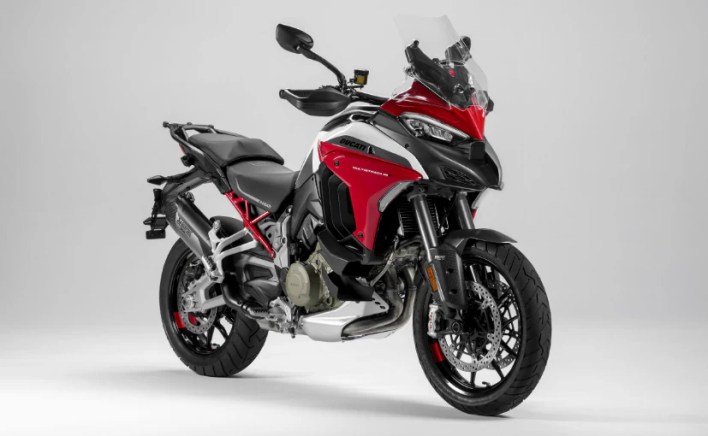 The Ducati Multistrada V4 is likely to be launched in three variants.

ADV enthusiasts rejoice! Ducati is all set to launch the Ducati Multistrada V4 in India. The COVID-19 pandemic resulted in a slight delay, but Bipul Chandra, MD, Ducati India, confirmed to carandbike that the flagship ADV will be launched in India towards the end of June or early July 2021. The Ducati Multistrada V4 is powered by the V4 Granturismo engine and will join the Multistrada 1260 and Multistrada 950 in the company’s adventure motorcycle line-up. It is the third model to get a four-cylinder engine from Ducati after the Panigale V4 and the Streetfighter V4. 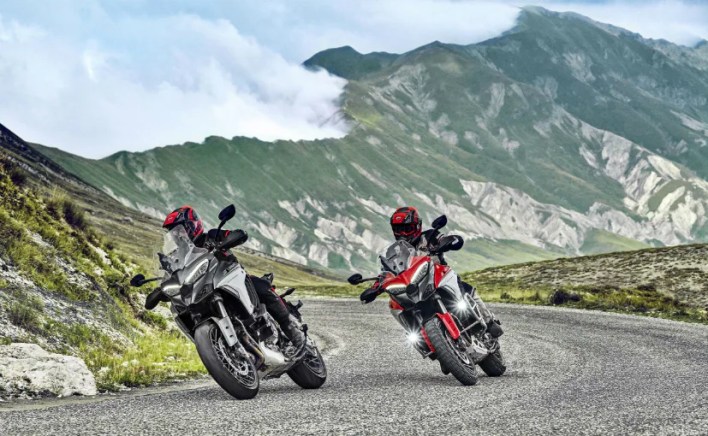 Bipul Chandra, MD, Ducati India, said, “Multistrada V4 is very, very eagerly awaited and the current situation of COVID-19, both in India and Thailand, it has impacted the supply chain as such but thankfully we were much better prepared, compared to last year. As the world in general is much better prepared! So, the situation has been controlled in a much better way and the delay is very slight. So, instead of the launch of the bike somewhere in the month of May to June, now we are looking at the launch of the bike somewhere in the month of June to July! So, think this small delay can be taken into stride of business, because of the current situation. Otherwise, we are almost on time.” 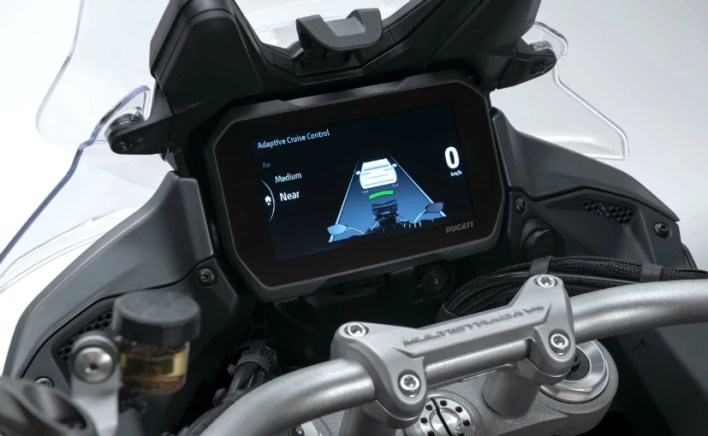 The 2021 Ducati Multistrada V4 is likely to be offered in three variants, the base V4, V4 S and V4 S Sport. The base Multistrada V4 comes in Ducati Red with black wheels, while the V4 S gets an additional Aviator Grey colour option, along with additional features like an up/down quickshifter. The Multistrada V4 S Sport comes only in Sport livery and gets an Akrapovic carbon fibre and titanium silencer and carbon fibre front fender. All models get a new monocoque chassis, new double-sided swingarm and a 19-inch front, 17-inch rear wheel combination with a sophisticated electronics package. 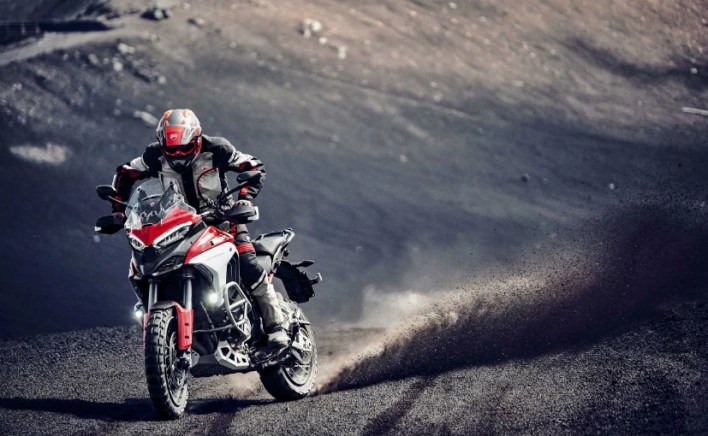 The Multistrada V4 is gets the new V4 Granturismo engine, displacing 1,158 cc and is liquid-cooled V4 engine with four valves per cylinder, using valve springs instead of Ducati’s traditional desmodromic valve system. The engine is claimed to make 168 bhp at 10,500 rpm and 125 Nm of peak torque at 8,750 rpm. The engine also comes with 60,000 km valve service intervals. The base model V4 gets a fully-adjustable 50 mm upside down fork and adjustable monoshock with a cantilever layout from Marzocchi. The V4 S and V4 S Sport get semi-active Ducati Skyhook Suspension system which has been upgraded with auto-levelling function.