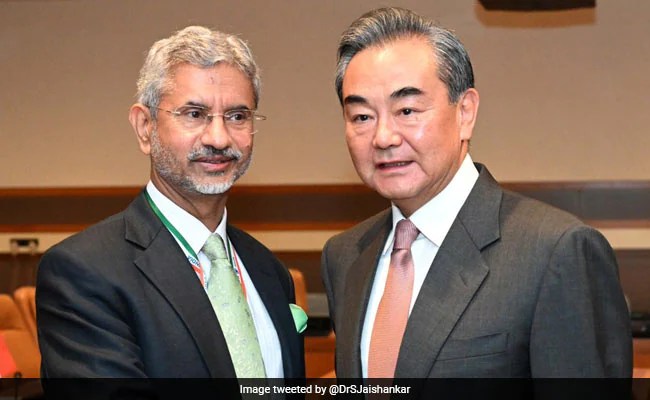 The process of disengagement along the Line of Actual Control (LAC) remains unfinished and its early completion in the remaining areas could lead to de-escalation of forces in eastern Ladakh, which could pave the way for full restoration of peace and tranquillity, India said on Thursday.

India and China have agreed that in the interim they would maintain stability on the ground and avoid any new incidents, he said.

“It is our expectation, therefore, that neither side should do anything that is not in keeping with these understandings.”

“An early completion of disengagement in the remaining areas could lead to de-escalation of forces in eastern Ladakh, which would hopefully lead to full restoration of peace and tranquillity in the border areas and enable overall progress in the bilateral relationship,” Mr Bagchi said.

India and China reached a five-point agreement to resolve the eastern Ladakh border standoff during talks between External Affairs Minister S Jaishankar and his Chinese counterpart Wang Yi at a meeting in Moscow on September 10 on the sidelines of a Shanghai Cooperation Organisation conclave.

The pact included measures like quick disengagement of troops, avoiding action that could escalate tensions, adherence to all agreements and protocols on border management and steps to restore peace along the LAC.

India and China are locked in a military standoff at multiple friction points in eastern Ladakh since early May last year but they have completed withdrawal of troops and weapons from the North and South banks of Pangong lake in February following a series of military and diplomatic talks.

The two sides are now engaged in talks to extend the disengagement process to the remaining friction points.

There was no visible forward movement in disengagement of troops in the remaining friction points as the Chinese side did not show flexibility in their approach on it at the 11th round of military talks with the Indian Army on April 9.

There were reports of China further strengthening its positions in some of the friction points.

Unions Protest As Railways Mulls Opening Its Stadiums For Commercial use

BJP On Reports Of Congress Infighting In Rajasthan: Just A Trailer