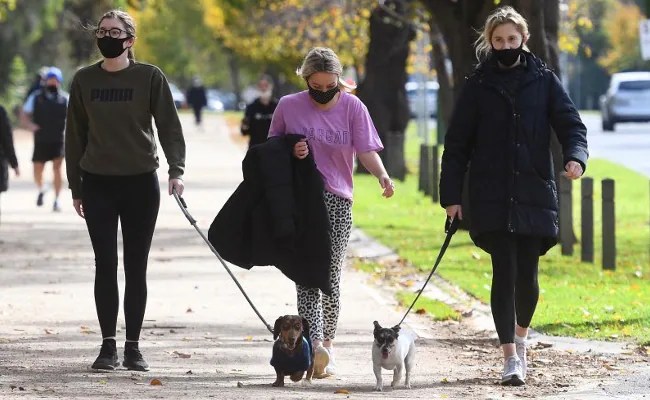 A coronavirus lockdown of Australia’s second-biggest city will be extended by another seven days, authorities announced Wednesday, as they attempt to stamp out a cluster of cases in Melbourne.

Five million Melbourne residents were due to exit a seven-day lockdown just before midnight Thursday, but were ordered to remain at home because of concerns about the spread of the virus.

“We’ve got to run this thing to ground otherwise people will die,” Victoria’s acting state Premier James Merlino said, adding they were dealing with a virus variant “quicker and more contagious than we have ever seen before”.

The outbreak is believed to have begun when a traveller infected with the Kappa variant returned to Australia.

Thousands of close contacts have been identified and the list of venues visited by the 60 confirmed cases has grown to about 350.

Merlino said stay-at-home orders were expected to be lifted for Victorians living outside Melbourne as planned, though a swathe of restrictions would remain, including caps on wedding guests and mourners at funerals.

In Melbourne, senior school students preparing for their final exams will return to classrooms while some outdoor workers can return to their jobs, he added.

Australia’s international border remains closed to most travellers — with the exception of New Zealand — and authorities are quick to impose restrictions when Covid-19 cases are detected.

But outbreaks in Taiwan and Japan have underscored how initial success containing the virus can quickly be eroded without widespread vaccination, and only about two percent of Australians have been fully jabbed to date.

The conservative federal government is facing criticism for the slow rollout, which threatens to reverse Australia’s early virus success.

Brett Sutton, Victoria’s chief health officer, said the extension of most restrictions was required to quash community transmission, describing the variant as an “absolute beast”.

The lockdown is the fourth in Melbourne since the pandemic began, and many residents are weary of renewed restrictions.

It is believed to be the 17th time in six months that the virus has leaked out of Australia’s makeshift hotel quarantine facilities, which are now facing tough scrutiny.

In recent months, Australians had largely been enjoying few restrictions after the country successfully contained the spread of coronavirus.

Australia has recorded 30,000 Covid-19 cases since the pandemic began — with a large portion in hotel quarantine — in a country of 25 million people.