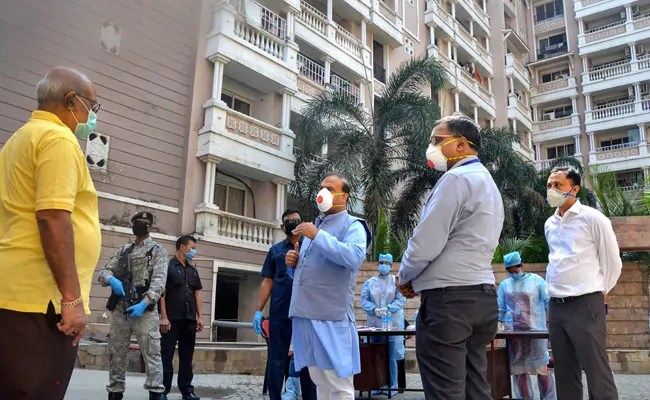 Despite assurances from the Assam health department on COVID-19 resurgence not happening in the state yet, it is showing a rising trend in the number of cases. The average number of cases that the state recorded in the beginning of the year, January-February, were 13 daily which has risen to 83 daily in April.

Assam has recorded its highest spike of this year on Wednesday with 195 new cases, a bulletin from the state health department mentioned. It reported 245 cases today.

Assam Health Minister Himanta Biswa Sarma has said the health department is going to tests one lakh people within a week; also, contact tracing and targeted testing would be done.

This is to ensure the government isolates more positive patients before Rongali Bihu due next week.

According to state government data, the state has 2.19 lakh confirmed cases of which 847 are still active. 1,111 have died so far and the mortality rate is 0.51 per cent.

A comparative study of Assam’s COVID-19 figures since March 7, a month ago, however shows that the spike is a recent development. Only 1,359 cases have increased within the last 30 days at a rate of 45 cases daily and 17 deaths were recorded.

The average new cases, however, almost doubled from March 30 to 83 new cases daily.

Another worrying trend is that among the latest spike, most are from Guwahati where 104 of the 195 cases were recorded last Wednesday.

Last year, August to September, when the state recorded its highest incidents of infections, the city was worst affected then too as it gets hard to contain the disease in populous urban areas.

The surge in the number of cases also coincides with the recently concluded three-phase Assam election from March 27 to April 6.

Mr Sarma had in several instances assured that COVID-19 as of now is a “non-entity” in Assam and wearing masks isn’t mandatory yet. “I will let people know if and when COVID-19 resurges in Assam. Then people will have to wear mask and follow protocols or else, they will be fined,” Mr Sarma had recently said during an interview.

As a precautionary measure, the state has restricted entry for people from Mumbai and Bengaluru, the two worst-hit states in the COVID-19 resurgence; only those who show negative RT-PCR test results from these two states can enter Assam.

On Friday, the Kamrup Metro district administration declared the campus of Lakshmibai National Institute of Physical Education (LNIPE) in Sonapur near Guwahati as a containment zone.

“There is no possibility of lockdown or night curfew in Assam. I request everyone to get themselves tested if they have symptoms. There is no need to panic but we should remain alert,” Mr Sarma said.

This comes at a time when the state that was preparing to celebrate Rongali Bihu from April 14 to 20 in a grand manner, especially after it failed to celebrate due to COVID-19 induced lockdown last year.

Night Curfew In Bengaluru, 6 Other Cities In Karnataka From Saturday

You Can Issue 10 Notices But