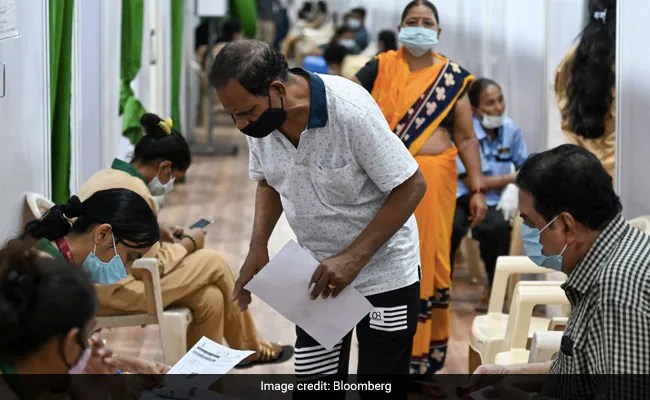 India’s fight against a renewed wave of coronavirus infections is beset by vaccine shortages in several states and cities including the financial capital, Mumbai.

The nation’s worst-hit state, Maharashtra, has only three days worth of vaccines in stock, Health Minister Rajesh Tope told reporters Wednesday, even as the country reported a record of over 115,000 daily new cases. Maharashtra alone accounts for some 55,000 infections. Other states, including Andhra Pradesh is also running low on shots, according to the Economic Times.

The steep jump in infections from early February, when the country reported around 11,000 daily infections, has forced states to reinstate movement curbs and other restrictions. Maharashtra has halted all non-essential services, ordered private companies to work from home, and shut malls and restaurants through April.

Union Health Minister Harsh Vardhan released a statement Wednesday in which he deflected blame for the shortages and said some states, including Maharashtra were “trying to divert attention from their poor vaccination efforts by just continuously shifting the goal-posts.”

For Prime Minister Narendra Modi, whose party is fighting five state elections, the unfolding health crisis may continue to dent his international image after India curbed vaccine exports this month as the second Covid wave mounted. The renewed restrictions are also spurring public anger at the government’s failure to get ahead of the virus despite a months-long lull.

After the country shipped or donated more than 60 million doses of Covid vaccine, India last month said it would slow down exports to focus on its own requirements. The world’s biggest vaccine manufacturer, the Serum Institute of India, is a key supplier to Covax, a program through which 2 billion vaccine doses are supposed to be distributed to middle and low-income countries, many of which can’t afford to sign procurement contracts on their own.

But domestic demand is expected to outrun supply despite those export curbs.

Amid the shortages, PM Modi announced Thursday he’d received his second vaccine shot in New Delhi and urged citizens to register for the country’s immunization program.

Got my second dose of the COVID-19 vaccine at AIIMS today.

Vaccination is among the few ways we have, to defeat the virus.

If you are eligible for the vaccine, get your shot soon. Register on https://t.co/hXdLpmaYSP. pic.twitter.com/XZzv6ULdan

For now, one month of supplies from India’s two approved vaccines only last 17 days at peak demand, without taking existing inventories into account, according to Abhishek Sharma, a Mumbai-based healthcare analyst at Jefferies.

“As vaccination picks up pace across India, we expect to see demand outstripping supply over the next few months,” Mr Sharma wrote in a report on Tuesday. “Approved vaccines are ramping up capacity but only slowly.”

Maharashtra has only 1.4 million doses of the immunizations left, Mr Tope said, adding that the administration has asked the union government to arrange for at least 4 million doses a week to get a grip on the state’s soaring pandemic.

“Many of our vaccination centres are facing shortages and had to be shut due to unavailability of vaccines,” he said. “Healthcare workers at many centres are forced to send back people saying the vaccine has not arrived yet.”

Still, medical groups, public health experts and business leaders have called for the government to fully open up the inoculation drive to all age groups as the second-wave continues to build. The nation currently only allows people over 45 years of age to get shots. For a country of India’s size and population density movement curbs are likely to only offer a temporary respite.

India is mostly relying on its inoculation drive to curb the second wave, said Charles Clift, a senior consulting fellow with the Centre on Global Health Programme at Chatham House in London. “Locking down effectively in that environment is rather difficult so they have to rely heavily on the vaccine to get control.”

The government has also decided to allow public and private workplaces to arrange vaccination drives from April 11, according to an April 6 letter, which has not yet been public, and was seen by Bloomberg News. A spokesperson of the health ministry could not be reached for comment.

The nation’s tally of cases now stands at 12.8 million — behind Brazil and the US — with the new virus wave threatening nascent growth in Asia’s third-largest economy, which had slumped into a historic recession last year after PM Modi’s strict nationwide lockdown.

India’s failure to quickly examine Covid-19 samples for new variants also risks hurting its ability to contain the fresh outbreaks, with scientists warning the delays could damage everything from vaccine efficacy to effective hospital treatments. The nation has tested less than 1% of its positive samples, according to government data.

“We are also observing people suddenly getting worse in home isolation, and we are suspecting certain virus mutations or strains may be causing this,” Mr Tope said. “There is a need to identify these different strains that are being detected in Maharashtra” and get fresh treatment protocols to the states.

— With assistance from Bibhudatta Pradhan.

Does Salman Khan-Disha Patani kiss in Radhe: Your Most Wanted Bhai means ‘end of no lip lock on-screen’ policy for Bhaijaan? | Buzz News
13 mins ago

Does Salman Khan-Disha Patani kiss in Radhe: Your Most Wanted Bhai means ‘end of no lip lock on-screen’ policy for Bhaijaan? | Buzz News

Harley-Davidson Electra Glide Revival To Be Introduced
16 mins ago

How to Fix Missing Media Problem on WhatsApp for Android