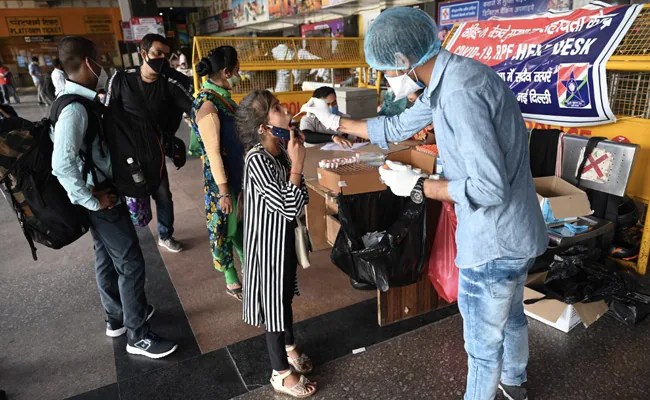 Coronavirus: SBI report said children must be vaccinated before a COVID-19 third wave

The intensity of a COVID-19 third wave in India will be as severe as that of the second wave if any indication is to be had from what other nations have reported, SBI said in its latest ‘Ecowrap’ report that details the economy’s performance amid the pandemic. The bank called for priority vaccination of children and teens in the 12-18 age group, who could be the next vulnerable group.

If India is better prepared for a third wave, a fall in serious case rate will lead to less number of deaths, State Bank of India (SBI) said in its report.

“We find that if serious cases decline from 20 per cent to 5 per cent (due to better health infrastructure and rigorous vaccination) in third wave, then the number of deaths in the third wave could significantly reduce to 40,000 as compared to current deaths of more than 1.7 lakh,” SBI said in the report.

“Vaccination should be the key priority, especially for children who could be the next vulnerable group. With around 15-17 crore children in the 12-18 age bracket, India should go for an advanced procurement strategy like that adopted by developed nations to inoculate this age group,” the government-run bank said.

SBI also made a downward revision of real gross domestic product (GDP) projection for fiscal 2022 to 7.9 per cent from 10.4 per cent. “We impart an upward bias to this number with the fervent hope of one crore vaccinations per day beginning mid-July as per government projections,” SBI said.

The rise in growth, however, could only be modest as the SBI’s analysis shows a “disproportionately larger impact on the economy this time” and given that rural is not resilient as urban, any rise in demand is unlikely to make a large difference in GDP estimates for fiscal 2022.

The key sectors on which overall consumption growth depends and whose recovery is essential are trade, hotels, transport, communications and services related to broadcasting, which supports roughly 25 crore households, SBI said.

The COVID-19 surge in the last four months led to what is now being referred to as a deadlier second wave of the pandemic. At the peak of the second wave, social media was full of stories of desperate people trying to find medical oxygen or a hospital bed for their friends and family.

More and more people in the second wave complained of breathlessness, which needed oxygen support. However, the supply of oxygen was severely limited due to the sudden jump in demand across cities and towns. Later, the centre started running “Oxygen Express” trains carrying tankers to states worst hit by Covid. Safety restrictions are still in place in almost all the states, though the peak of the second wave appears to be waning, according to experts.