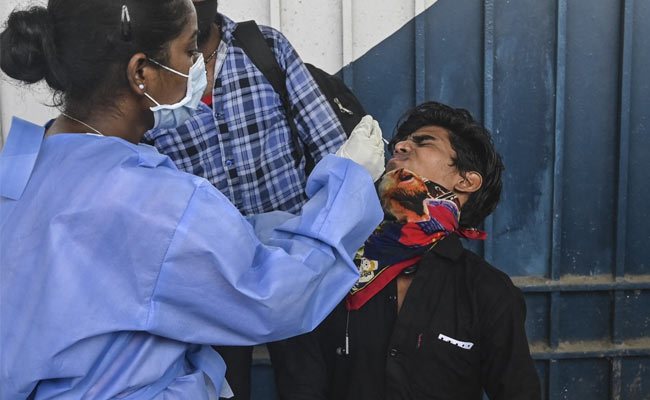 “We understand that complete lockdown for weeks together may not be feasible but looking to the current surge of pandemic, we direct the government to look into the viability of complete lockdown in those districts where spread has increased alarmingly, for at least two weeks or three weeks,” the court said.

Declaring the night curfew announced by the UP government inadequate, the court said more efforts were needed to control the pandemic in the state. “A dam can’t stop a storm,” the court remarked.

Hearing a public interest petition, the High Court directed the Uttar Pradesh government to increase the pace of tracking, testing and treatment.

What would be the meaning of development if people keep dying, the court said.

The court also pulled up the government, saying health infrastructure was not enhanced even one year after the coronavirus pandemic hit the state.

It directed the state government to create field hospitals for Covid treatment.

The High Court warned that it would initiate contempt proceedings against the local police if people were found to be violating anti-Covid norms.

It has directed the government to ensure that not more than 50 people should be allowed at religious functions.

The court has sought a response from the government. The next hearing will be on April 19.

Uttar Pradesh, which is facing a second wave of Covid infection, reported its highest-ever daily spike on Tuesday.

“In the past 24 hours, 18,021 fresh cases were reported while 3,474 people were discharged in this period. There are 95,980 active cases while 6,18,293 were treated and discharged. The state reported a total of 9,309 deaths till now since the start of the pandemic,” Additional Chief Secretary of Health Amit Mohan Prasad told reporters.

Meanwhile, Chief Minister Yogi Adityanath has gone under isolation after some officials of his office tested positive for the coronavirus.

India on Tuesday recorded 1,61,736 new Covid cases. The country has reported over a lakh cases for several days this month.

Experts say new Covid strains and people’s carelessness about following the anti-Covid rules are behind the upsurge.

With inputs from PTI