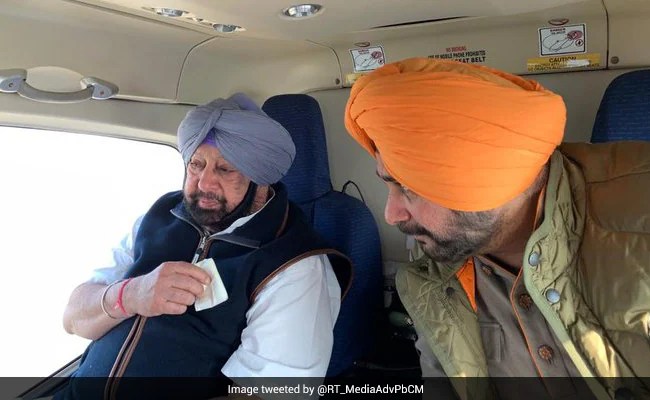 The three-member panel, set up by Congress president Sonia Gandhi to end factionalism in the party’s Punjab unit, submitted its report on Thursday. It has reportedly recommended accommodation of former minister Navjot Singh Sidhu, setting up of a coordination committee and filling vacant posts in the organisation.

Sources said the panel has recommended a committee to coordinate between the state government and the party.

Except for a few, most leaders were in the favour of Mr Singh, and the panel has indicated that he should be retained as the leader.

Captain Amarinder Singh is in a strong position, has a hold on both power and the organization and is the biggest face of the party in the state, sources said.

The panel, comprising party leaders Mallikarjun Kharge, Harish Rawat and JP Aggarwal, held its meetings in Delhi, and the exercise was seen as an effort by the party to sort out issues concerning the state unit ahead of next year’s assembly polls.

The panel is learnt to be of the view that Mr Sidhu cannot be ignored.

It has also recommended that a new state party president be appointed.

Some angry MLAs and leaders could be accommodated in corporations and boards, sources said.

Tokyo Olympics: Testosterone rule keeps transgender runner out of US trials | Other Sports News
29 mins ago