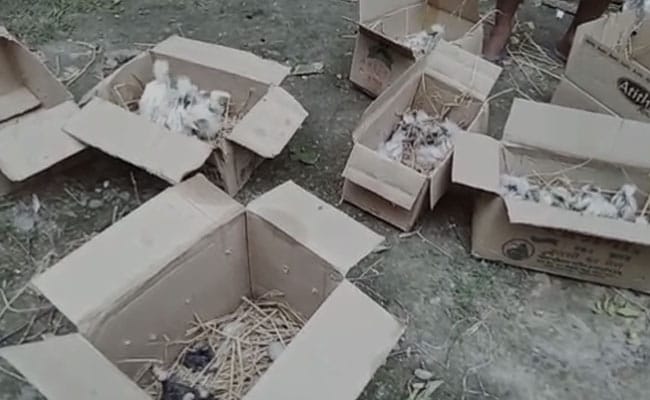 88 rescued hatchlings were sent to Centre for Wildlife Rehabilitation and Conservation, Kaziranga.

A day after at least 200 birds died in Assam due to a municipal board’s move to clear bamboo trees where they nested, an FIR has been filed against a member of the board on a complaint by the state forest department.

The Tangla Municipal Board in Assam’s Udalguri district had chopped down the trees and destroyed the nests on the basis of a bizarre claim that bird droppings may lead to the spread of coronavirus.

About 300 cattle egrets, many of them hatchlings, lost their nests as the trees fell. The birds were to be shifted in cartons to another spot, but at least 200 of them died. Cattle egrets, a kind of herons, are listed under Schedule IV of Wildlife Protection Act, 1972.

Visuals of the dead birds and hatchlings had emerged on social media. Sharing one such video, Chief Minister Himanta Biswa Sarma had asked forest minister Parimal Suklabaidya to look into the matter. The forest minister then directed Principal Chief Conservator of Forest (Wildlife) Amit Sahai to probe the incident and submit a report.

Divisional Forest Officer, Dhansiri Forest Division, Udalguri, N K Bordoloi investigated the incident and found that the municipal board’s executive member Shantanu Das had served notices to five residents on June 8, asking them to clear the bamboo grove where the birds nested. The notice said the birds’ droppings were “creating an unhygienic environment” that may increase the risk of Covid spread in the area.

When the residents did not act, the board got the trees felled.

Besides the FIR filed at Tangla Police Station, a case will be registered against Mr Das in the court of Chief Judicial Magistrate, Udalguri, under Section 55 of the Wildlife Protection Act.

Mr Bordoloi also said that 88 hatchlings have been rescued and sent to the Centre for Wildlife Rehabilitation and Conservation at Kaziranga.

Local forest authorities are planning to hold awareness drives on the need to protect wildlife.