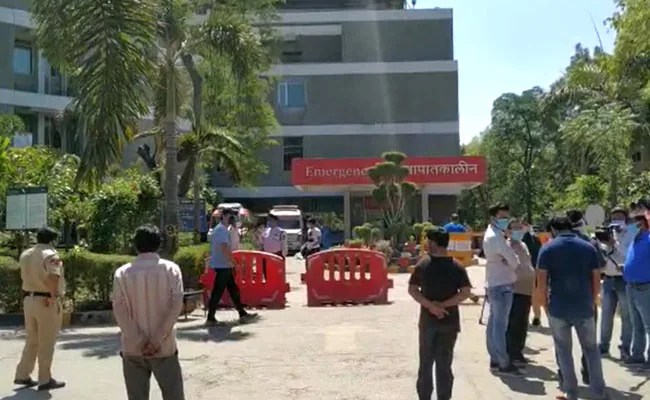 The Delhi government has informed the Delhi High Court that oxygen shortage as the cause of death of 21 COVID-19 patients at Jaipur Golden Hospital in the city could not be ascertained by an expert committee which probed the matter.

The Delhi government in its report to the high court referred to the findings of the expert committee which said, In view of natural virulent course of the disease and lack of any evidence suggestive of oxygen shortage in the case records, the committee was of the opinion that shortage of oxygen as the cause of death could not be ascertained.

“Many of the reported patients had one or multiple co-morbidity like heart disease, diabetes, DM, hypothyroidism and hypertension. All these patients were receiving some form of oxygen therapy and / or ventilator support during the hospital stay,” the committee said in its report.

In pursuance to the order of a bench of Justices Vipin Sanghi and Rekha Palli, the Delhi government had directed hospitals and nursing homes to send details of patients whose death occurred due to shortage of oxygen.

The 4-member committee was constituted by the government headed by Naresh Kumar, professor (medicine), MAMC and LNH to examine the case sheets of all such patients and to determine whether the cause of death was due to shortage of oxygen.

The committee found that only Jaipur Golden Hospital has claimed that the reported deaths were due to deficiency of oxygen, the Delhi government said.

The hospital has sent the information pertaining to the 21 such patients whose deaths occurred in their hospital on April 23 and 24, in response to the mail from DGHS, it said.

After examining the records, the committee observed that all the reported patients were suffering from COVID-19 infection and the deaths have occurred in over seven hours of time period and almost all of them were already very sick and critical either from the time of admission or during the course of hospital stay even prior to the evening of April 23.

It added that as per case records, all patients were given supplemental oxygen till resuscitation or death and that there was no mention of shortage of oxygen in any of the case sheets.

According to the hospital’s medical director, DK Baluja, the reason behind the deaths of the critically-ill patients was a dip in the oxygen pressure.

Thereafter, the hospital’s counsel had also told the high court that they lost 21 patients due to shortage of oxygen and were still facing a deficit in supply of the gas.

10 States Account For Over 71 Per Cent Of New Covid Cases: Health Ministry