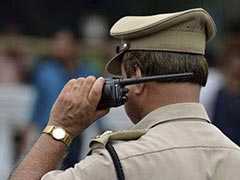 A police officer said five accused are on the run. (Representational)

Mumbai police have busted an illegal call centre operating at suburban Jogeshwari and arrested 10 persons for allegedly cheating foreign nationals by promising to sell libido-boosting tablets to them, an official said today.

Based on specific inputs, Unit 9 of the crime branch conducted a raid at Altitude call centre located at Behram Baugh Link Road in Jogeshwari west in the early hours of Wednesday and found that it was being run in an unauthorised manner and without permission from the Department of Telecommunications.

“The call centre’s team leader, data entry operator and agents were making calls to foreign nationals to lure them into buying libido-boosting pills. It was also found that despite getting money from the foreign nationals, the accused persons were providing any tablets to them as promised,” he said.

The crime branch officials arrested 10 persons. The accused include a woman, who worked as a data entry operator, he said, adding that five more persons are on the run.

Probe into the case is underway, he said.