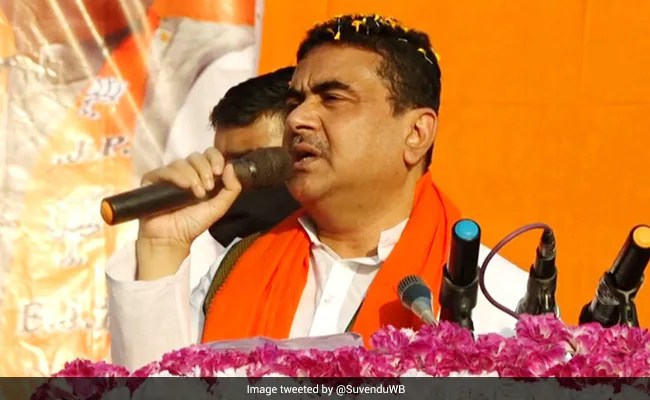 The Trinamool has filed a complaint with the Election Commission against Suvendu Adhikari. (File)

The Trinamool Congress filed a complaint with the Election Commission, alleging that Nandigram BJP candidate Suvendu Adhikari is harbouring criminals and putting them up in different hotels and guest houses of West Bengal.

In a letter to the chief electoral officer, TMC leader Derek O’Brien claimed that in spite of the local police being apprised of this, no action had been taken.

Chief Minister Mamata Banerjee is locked in a fierce contest with her protege-turned-adversary Mr Adhikari in Nandigram in East Midnapore district, which goes to polls in the second phase on April 1.

In a separate letter to the CEO, the ruling party said there have been instances of booth capturing and rigging during the first phase of polls held on March 27, adding that “anti-social elements” of the BJP are camping in the district to “create large-scale violence”.

The Trinamool urged the commission to take these “criminals” into preventive custody in the interest of free and fair polls.

The party also demanded that there should be no deployment of armed police personnel from Uttar Pradesh, Bihar, Madhya Pradesh and other BJP-ruled states during the remaining seven phases of the assembly polls.