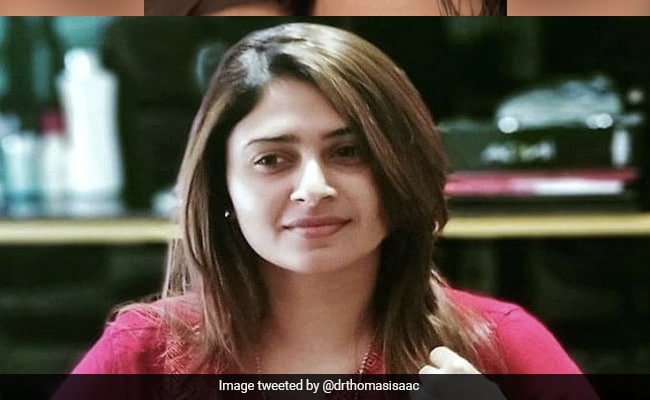 A sedition case has been filed against Aisha Sultana.

After Lakshadweep filmmaker Aisha Sultana was named in a case of sedition and hate speech for her comments criticising Administrator Praful Khoda Patel’s Covid handling, 15 leaders and party workers of the BJP have submitted their resignations to mark their protest. The FIR was filed on the complaint of the BJP’s chief in the union territory.

In a letter signed by 12 leaders and workers to C Abdul Khader Haji, the party’s Lakshadweep chief, they said: “The BJP in Lakshadweep is fully aware of how the present Administrator Patel’s actions are anti-people, anti-democracy and causing extreme suffering among people.”

They reminded Mr Haji of having met Union Home Minister Amit Shah over the issue and “submitting a complaint”. “You also know that several BJP leaders of Lakshadweep have already spoken on the various wrongdoings of the administrator and the district collector,” the letter read.

Backing Aisha Sultana, the leaders further said: “It’s just in the same manner, that Chetlat resident Aisha Sultana also shared her opinion in the media. Based on your complaint to the police, there has been a case registered against Aisha Sultana who, during a discussion, talked about from not having any Covid cases to rampant cases with the arrival of the present Administrator in Lakshadweep and his unscientific, irresponsible decisions.”

“You have filed a false and unjustified complaint against Chetlath sister, and ruining her family and her future. We convey our strong objection and submit our primary membership from BJP,” they said. The letter has been signed by BJP state secretary Abdul Hameed Mullipuzha among others.

Aisha Sultana had, during a news debate on a regional channel, blamed Covid cases in the island on Praful Patel’s decisions and remarked that the Centre had used “bio-weapon” against Lakshadweep. The Administrator has been accused by protesters including Lakshadweep Parliamentarian Mohammed Faizal in the past of doing away with quarantine protocols that were a must for people to enter Lakshadweep.

“Lakshadweep had zero cases of COVID-19. Now it is reporting a daily spike of 100 cases. What the Centre has deployed is a bioweapon. I can say this clearly that the central government has deployed bioweapon,” she had said on a Malayalam TV debate earlier this week.

The comment had BJP workers protesting on the streets; C Abdul Khader Haji, the BJP’s Lakshadweep chief, complained to the police accusing her of “anti-national” comments “tarnishing the patriotic image of the central government”.