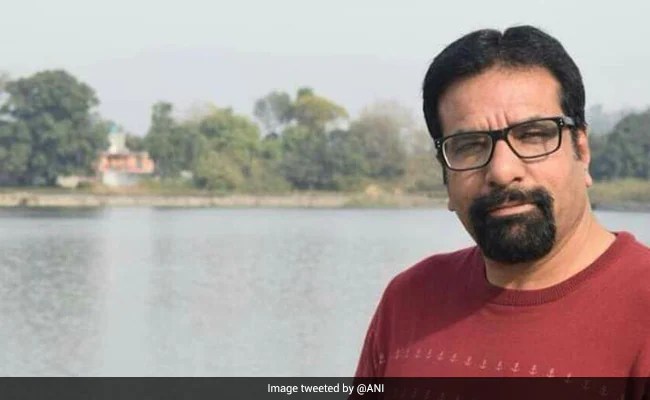 A BJP leader and municipal councillor was shot dead by terrorists today in Jammu and Kashmir’s Pulwama district.

Rakesh Pandita was at his friend’s home in Pulwama’s Tral area when three terrorists barged in and opened fire, said sources in the police.

While Mr Pandita died on the spot, a woman identified as Asifa Mushtaq was injured in the attack. She is undergoing treatment at a hospital in Srinagar and her condition is learnt to be critical.

Police said the BJP leader had been provided Personal Security Officers (PSO) and was lodged at a hotel in Srinagar to ensure his safety, but he went to Tral without the security personnel.

Following the incident, the office of Lieutenant Governor Manoj Sinha said in a statement, “Saddened to hear about the terror attack on Councillor Rakesh Pandita at Tral, Pulwama. I strongly condemn the attack. My condolences to the bereaved family in this time of grief.”

“Terrorists will never succeed in their nefarious designs, and those responsible for such heinous acts shall be brought to justice,” the statement added.

Former Chief Minister and president of the Peoples Democratic Party, Mehbooba Mufti, expressed her condolences and said such acts of “senseless violence” have “only brought misery” to the people.

“Shocked to hear that BJP leader Rakesh Pandit has been shot dead by militants. These senseless acts of violence have brought only misery to J&K. My condolences to the family & may his soul rest in peace,” she said in a tweet.

Mr Pandita had been elected to the municipal council in Tral unopposed in 2018 after the local polls were boycotted by the major regional parties of the Valley, the National Conference and the PDP.

All Doctors Put In 1 Category Due To War Like Situation Amid Covid: Delhi High Court