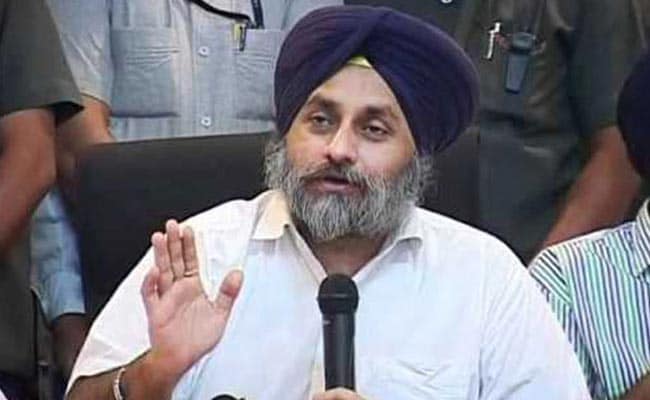 Shiromani Akali Dal (SAD) chief Sukhbir Singh Badal on Tuesday slammed the Punjab authorities over energy disaster within the state and requested Chief Minister Amarinder Singh to “beg, borrow and buy power” to offer round the clock electrical energy to the folks.

He additional informed the chief minister that folks want electrical energy, “not excuses”.

Punjab is reeling beneath an unprecedented energy scarcity with city and rural areas dealing with load shedding and voltage fluctuations.

“@capt_amarinder beg, borrow, buy power; scrap or sign any agreement- do what it takes but give power 24X7 to domestic, minimum 8 hrs daytime to farmers & industry. Stop looking up to skies/rain gods. Deliver or quit. People need power, not excuses. And need it now,” mentioned Mr Badal in a tweet.

He lambasted Mr Amarinder for “failing” so as to add extra energy technology capability in his tenure.

On Monday, the SAD chief had requested Mr Amarinder to scrap energy buy pacts however also needs to make sure that any energy shortfall, with this transfer, is roofed at cheaper charges.