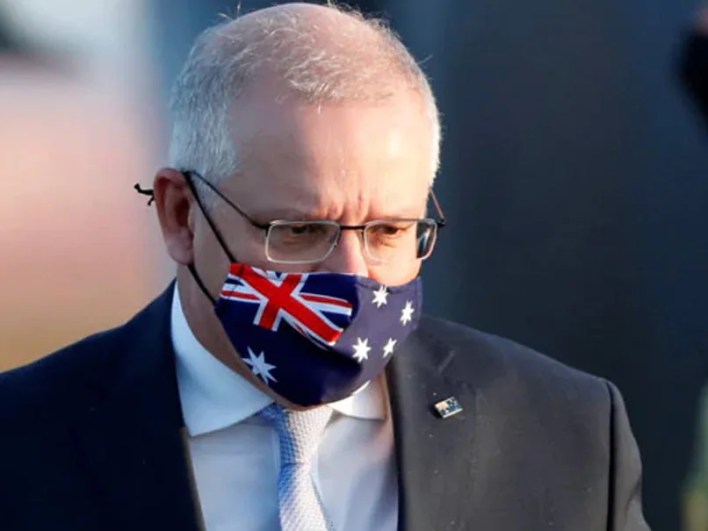 Scott Morrison this week banned arrivals from India, which is recording thousands of new cases. (File)

An Australian court on Wednesday agreed to hear a challenge to the country’s controversial ban on citizens returning home from coronavirus-hit India.

A Federal Court said it would urgently hear a challenge brought by a 73-year-old man living in Bangalore who wishes to return to Australia.

Prime Minister Scott Morrison this week banned arrivals from India, which is recording hundreds of thousands of new coronavirus infections each day.

The move has caused widespread outrage, with Morrison’s own allies describing it as racist and an abandonment of vulnerable Australians overseas.

The conservative government has argued the ban is necessary to prevent Australia’s quarantine facilities from being overwhelmed with Covid-positive arrivals from India.

Christopher Ward, the lawyer representing the 73-year-old man, said “he is a gentleman who wishes to return to Australia, and his return is currently prevented”.

Ward said the case was challenging the ban on several grounds of constitutionality, “proportionality and reasonableness”.

Justice Stephen Burley ordered that a further hearing date would be set in the next 24 to 48 hours.

There are estimated to be around 9,000 Australian citizens in India, including high-profile cricketers playing the now-suspended Indian Premier League.

Morrison on Tuesday refused to amend the ban but insisted it was “highly unlikely” the punishment would ever be meted out.

The ban is currently scheduled to run until May 15.