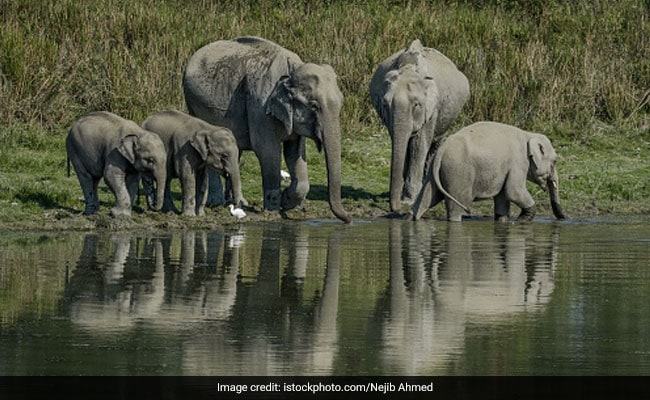 Currently, Madhya Pradesh has 9, the highest number of National Parks in the country. (Representational)

Assam has become the second state in the country to have the highest number of National Parks after Madhya Pradesh.

He said the declaration of Raimona National Park by Assam Chief Minister Himanta Biswa Sarma was done on the occasion of World Environment Day (5 June).

The Raimona National Park covering 422 kilometres is situated in the Gossaigaon subdivision of the Kokrajhar district and will be administered by the Kachugaon Forest Division of BTC, Assam.

“The newly created park will also help in fulfilling recommendations of the UNESCO World Heritage Site Committee to consider extension of the Manas World Heritage site property in three stages,” the minister said.

The area was one of the oldest Reserved Forest (RF) of the state with a history of one of the finest scientific management during the late 19th century. The historical introduction of ‘Rides’ construction of ‘Tramway’ in 1901 was a feature of the modern forestry management practices during that time.

“With Phipsoo Wildlife Sanctuary in Bhutan to its north, Buxa Tiger Reserve in West Bengal to its west and the first addition to Manas National Park to its east, Raimona lies in a 2300 square kilometres transboundary landscape which is essential for long-ranging wildlife like elephants and tigers,” he said.

The area is already a part of the buffer of the Manas Tiger Reserve. With eleven different forest types and subtypes, the area is home to the Golden Langur, Elephant, Tiger, Clouded Leopard, Indian Gaur, Wild Buffalo, Spotted Deer, Hornbills, several species of orchids and has more than 150 species of butterflies, 170 species of birds besides 380 species of plants,” the forest official stated.

“Conservation of this area shall provide water security to more than 20 lakh people downstream in Kokrajhar and Dhubri district and open the door of opportunities both at national and international level in the promotion of community-based tourism, focused wildlife management and ensure biodiversity for future generations,” said Mr Suklabaidya.

He said the government of Assam has added another jewel in the crown of its history of wildlife conservation by notifying Dihing Patkai as a National Park.

He said last year the Assam government had upgraded Dehing Patkai as a National Park.

“This National Park, a contiguous stretch of forests, starting from Upper Dihing Reserve Forests in the East (under Digboi Division, Tinsukia District) up to the Jeypore RF (under Dibrugarh Division, Dibrugarh District), comprises some pristine forests along the Assam-Arunachal interstate boundary, classified as Assam Valley Tropical Wet Evergreen Forests,” he said.

Popularly known as Dihing Patkai Rain Forest, it has unique floral and faunal diversity, which was recognized by the Government of Assam in 2004, when 111.19 square kilometres of this area was notified as Dihing Patkai Wildlife Sanctuary.

Forest and wildlife conservation have now been strengthened here by adding another 123.07 square kilometres to the original sanctuary area and conferring National Park status to 234.26 square kilometres, with the highest level of protection available under the Wildlife (Protection) Act, 1972.

However, the forest village area diverted under the Forest Conservation Act has been excluded.

Currently, Madhya Pradesh has 9, the highest number of National Parks in the country.