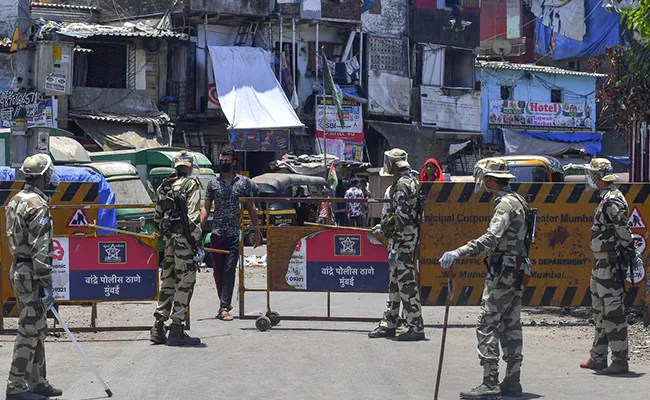 Maharashtra is the worst-hit state by the novel coronavirus pandemic in India. (File)

With stricter restrictions to check the COVID-19 spread coming into force in Maharashtra, the state police on Friday reintroduced e-passes for inter-state and inter-district travel in “extreme emergency” situations, a top police official said.

Fresh restrictions on travel, attendance in offices and wedding functions announced by the Maharashtra government came into force on Thursday. The state, which has facing an unprecedented surge in coronavirus cases, was already under severe restrictions since April 14 and the fresh “lockdown-like” curbs were announced on Wednesday.

Maharashtra DGP Sanjay Pandey said, “The e-pass system has been reintroduced from Friday and citizens should use it in case of absolute emergency.”

People have to apply on the official website and submit the necessary documents and mention the reason for their extreme emergency travel.

“But those who do not have access to online e-pass system, can visit the nearest police station to procure it. The personnel at the police station will help in filling the form and issue the e-pass,” Pandey said.

This is only meant for the personal use of citizens to facilitate their journey in emergency, he said.

Earlier this month, when other restrictions came into force, top police officials had said that they had not made any provision of e-passes and added that instructions had been given to the staff to allow those in emergency to travel.

“But considering the requests for emergency travel during the ongoing restrictions, the police decided to reintroduce the e-pass system to facilitate people,” another official said.

During the first nationwide lockdown last year, the e-pass system was introduced for all emergency and essential services, in which lakhs of passes were issued by the police.

Recently, the Mumbai police have introduced the system of issuing colour-coded passes for essential services vehicles.

Maharashtra on Thursday reported 67,013 new coronavirus cases, which took its overall infection tally to 40,94,840. The number off deaths in the state till Thursday night was 62,479.

The Best Smartphones Under Rs. 25,000 You Can Buy In India

4-Digit Security Code In CoWIN From Tomorrow To Minimise Error: Centre
9 mins ago