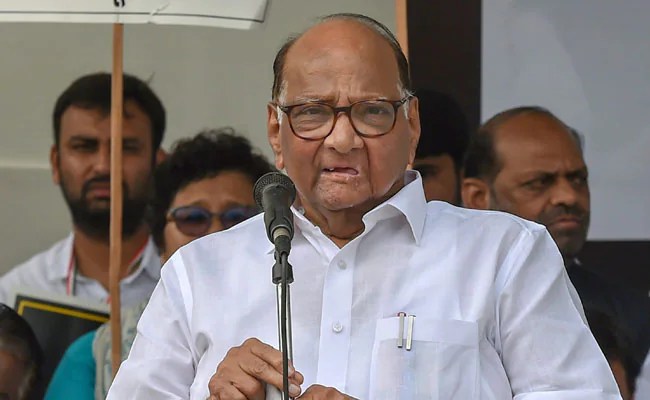 Amit Shah met Sharad Pawar in the midst of a crisis in the Maharashtra coalition government.

Union Home Minister Amit Shah on Sunday left people guessing as he declined to confirm nor deny a purported secret meeting with Nationalist Congress Party (NCP) chief Sharad Pawar in the midst of a crisis in the Maharashtra coalition government.

“Everything need not be made public,” he said cryptically when asked about the supposed meeting on Saturday between the veteran Maharashtra politician in Ahmedabad.

Mr Pawar’s NCP is a member of Maha Vikas Aghadi (MVA) coalition government in Maharashtra that has been rocked by sensational allegations of corruption against the state Home Minister Anil Deshmukh by former Mumbai Police chief Param Bir Singh.

Mr Singh, ousted over increasingly murky revelations involving the security scare near billionaire Mukesh Ambani’s home in Mumbai, accused the Congress leader of drafting cops to run an extortion racket worth Rs 100 crore a month as well as interfering in investigations.

According to local news outlets in Gujarat, Mr Pawar and his party colleague Praful Patel had met Amit Shah at a farmhouse in Ahmedabad on Saturday.

Mr Shah’s denial, or lack thereof, of the meeting comes as the BJP maintains steady pressure on the
Maharashtra government of Shiv Sena, Congress and NCP over the Ambani case and the allegations against Mr Deshmukh.

IPL 2021: RCB all-rounder Shahbaz Ahmed changes game with 3 wickets in an over against SRH – WATCH | Cricket News
19 mins ago

Mamata Banerjee Slams BJP At Rally, Says “You Brought Covid And Ran Away”
40 mins ago