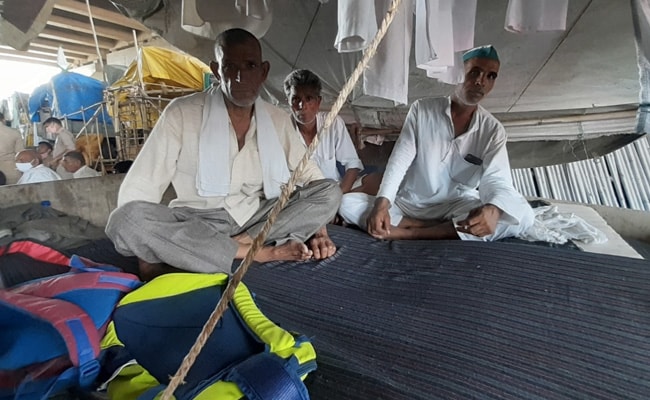 Farners are observing today as “Save Agriculture, Save Democracy Day”

Farmers should end their agitation, the centre is open to discuss any provision in the farm laws, reiterated Union Agriculture Minister Narendra Singh Tomar on the day farmers completed seven months of agitation against the new agricultural laws.

The farmers have been camping on the outskirts of Delhi demanding repeal of the three farm laws and seeking legal guarantee on minimum support prices for the crops.

“I want to tell all the farmers union people that they should end their agitation. The Government of India is also ready to discuss and redress any provision of law,” tweeted the Minister, who has chaired 11 inconclusive round of talks with the farmers.

To mark the seven-month completion, farmers plan to submit memorandums to Governors across the country against the three farm laws.

The farmers  – stationed at Delhi’s Singhu, Tikri and Ghazipur borders – will observe today as “Save Agriculture, Save Democracy Day”.

The Samyukt Kisan Morcha (SKM) said it will send a memorandum from all over India to the President on farmers’ “anguish and indignation” and appeal to him regarding getting the farmer laws repealed, and to get a legal guarantee of minimum support price for farmers.

Meanwhile, police and paramilitary forces have been deployed to maintain the law and order situation in the national capital in view of farmers’ tractor rally.

As a precautionary measure and to avoid any turbulence in the law and order situation, Delhi Metro Rail Corporation has decided to keep three Metro stations – Vishwavidyalaya, Civil Lines and Vidhan Sabha – shut from 10 am to 2 pm on Saturday.

The step has been taken on the advice of Delhi police, which has also made elaborate security arrangements.

Farmers have been protesting since November 26 against the three newly enacted farm laws – Farmers’ Produce Trade and Commerce (Promotion and Facilitation) Act, 2020; the Farmers Empowerment and Protection) Agreement on Price Assurance and Farm Services Act 2020 and the Essential Commodities (Amendment) Act, 2020.