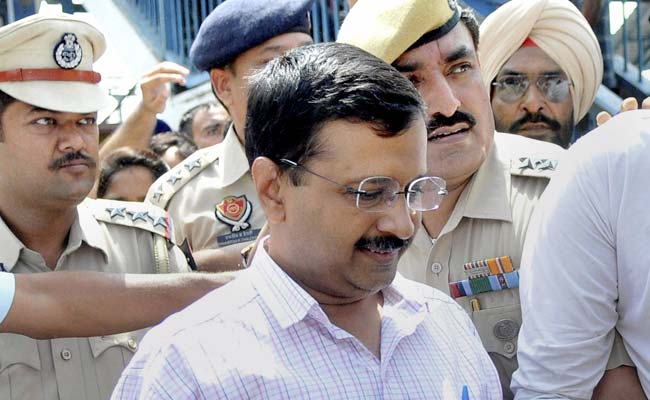 This will be his second visit to the state in nearly three months.

Aam Aadmi Party chief Arvind Kejriwal will travel to Punjab tomorrow as the nine-year-old outfit tries to expand its footprint in the state ahead of next year’s assembly elections. The visit will take place days after his visit to Gujarat, another state where polls will be held next year.

“Punjab wants change. The only hope is the Aam Aadmi Party. See you tomorrow at Amritsar,” Mr Kejriwal,  who is also Delhi Chief Minister, tweeted in Punjabi.

During the visit, Mr Kejriwal is likely to induct former IPS officer Kunwar Vijay Pratap Singh who was part of Special Investigation Team (SIT) that conducted probe in police firing incident in Kotkapura in 2015.

The report was however quashed by the Punjab and Haryana high court after which the Mr Singh took voluntary retirement.

While quashing the charge sheets, the court also questioned the manner in which the officer carried out the investigation.

“His personal malice and malafide functioning by totally usurping the powers of SIT constituted in the first instance, has been duly demonstrated on record,” the court said on the role of IGP Singh, adding that it was demonstrated before the court that he has gone to the extent of manufacturing the statements of witnesses to suit his “designs”.

“…(IGP Singh) has conducted the investigation in a perfunctory manner. The report under Section 173 CrPC (challans) filed by him is more in the nature of a hypothesis proposed ….based on his assumptions and fantasies than being based on material or evidence,” the bench recorded

This will be his second visit to the state in nearly three months.

During his last visit in March, Mr Kejriwal hit out at the Amarinder Singh-led Punjab government, accusing it of not keeping its poll promises and deceiving people.

The elections are most likely to be held in the state in February or March 2022.