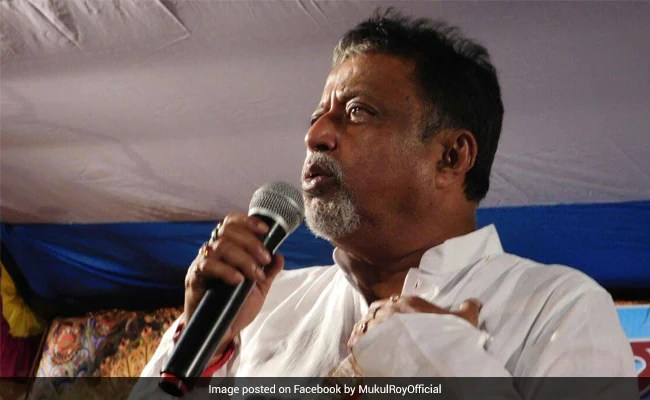 Prime Minister Narendra Modi made a telephone call this morning to BJP leader Mukul Roy, whose wife is in hospital in Kolkata. The call is significant after Bengal Chief Minister Mamata Banerjee’s nephew Abhishek Banerjee visited the hospital last evening.

Mukul Roy, among the early and more prominent defectors from Mamata Banerjee’s Trinamool Congress to the BJP, has been feeling neglected and restless, reports say. This, at a time when some new BJP recruits have openly talked about returning to the Trinamool after Mamata Banerjee’s landslide victory in state elections.

There is speculation that he is upset with his new leadership since another Trinamool-turned-BJP leader, Suvendu Adhikari, was made Leader of Opposition in the state. Reports also suggest he is considering a “gharwapsi” or homecoming to the Trinamool.

In the phone call that lasted a few minutes, the Prime Minister inquired about Mr Roy’s wife’s health, said sources, asserting that no politics was discussed.

Mr Roy was a part of Mamata Banerjee’s core team in the party when he quit and joined the BJP in 2017. He was a big acquisition for BJP as it planned to improve its presence in Bengal.

In the national election two years later, the BJP’s tally of 18 of Bengal’s 42 seats, a shock for the Trinamool Congress, was partly credited to Mr Roy’s clout.

Buzz about Mr Roy’s disenchantment started when his son Subhranshu, who quit the Trinamool and joined the BJP with his father, wrote on Facebook: “Self-criticism is more necessary than criticising a government elected by people.”

The cryptic message was seen to target the BJP, though Mr Roy has said nothing so far.

Since Mamata Banerjee took power for the third time, fighting off the BJP’s challenge in state polls, many of those who had left her party have signalled a change of heart.

The carandbike Awards Break Into Top Ten List For Auto Awards In Asia, Middle East And South Africa
6 mins ago