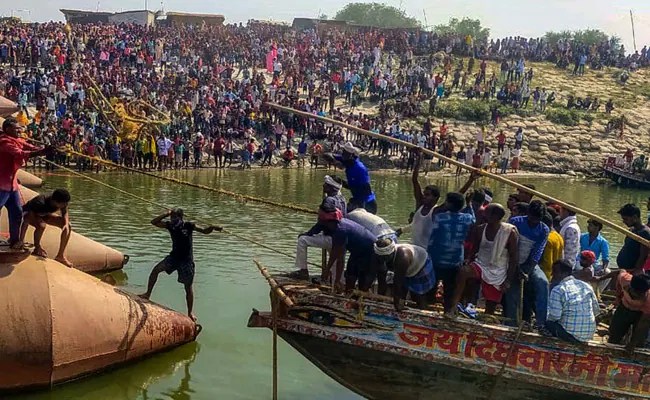 The driver of the vehicle with 13 people on board lost control of it while crossing the Peepa Pul in Akihpur area, he said.

He ordered that the compensation amount of Rs 4 lakh each for the next of family of the dead be given without any delay, an official statement said here.

The pick-up van was carrying members of a family returning from a marriage function at Akhipur to their Chitrakut Nagar residence in Danapur. The incident took place around 7.30 am, the DM said.

Yadav told PTI that he was at the spot for nearly two hours and ensured speedy rescue efforts, which are being carried out by an NDRF team.

NDRF 9th Battalion Assistant Commandant (Bihta) Vinay Kumar said the pick-up van has been pulled out of the river with the help of a crane.

The NDRF official as well as the eyewitnesses said that the pick-up van veered off the pontoon bridge and plunged into the river after breaking the iron railing.

Lockdown In Karnataka For 2 Weeks From Monday As Daily Cases Near 50,000

Lockdown In Karnataka For 2 Weeks From Monday As Daily Cases Near 50,000