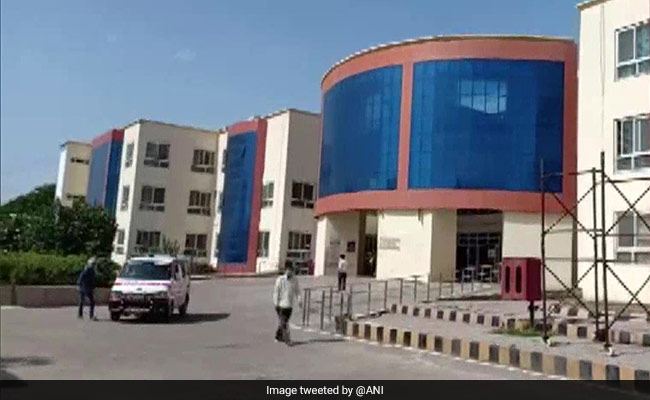 As many as 27 Black Fungus patients complained about mild adverse reactions after were given shots of Amphotericin-B at the government Bundelkhand Medical College (BMC) in Madhya Pradesh’s Sagar district, officials said on Saturday.

After the incident, the use of Amphotericin-B, a key drug in the treatment of Black Fungus, was immediately stopped at the medical college.

“At present, 42 patients are admitted at the mucormycosis ward of BMC. Out of these, 27 patients were administered Amphotericin-B injections. After the injection was administered, the patients suffered mild adverse reactions like mild fever, shivering, and vomiting. The use of the injection was immediately stopped after the incident,” Dr Umesh Patel, spokesperson for the medical college said.

However, Dr Patel said that the condition of all the patients is stable and there is nothing to fear.

“BMC superintendent and dean sprang into action and symptomatic treatment of the affected patients was started immediately. The condition of all the patients is stable. There is no need of fear,” he said.

“The replacement drugs for Amphotericin-B injections are being provided to the patients. Patients are being taken care of,” Patel added.

Mucormycosis, or Black Fungus, is a complication caused by fungal infection. People catch Mucormycosis by coming in contact with the fungal spores in the environment. It can also develop on the skin after the fungus enters the skin through a cut, scrape, burn, or other type of skin trauma, as per the Union Health Ministry. The disease is being detected among patients who are recovering or have recovered from COVID-19. Moreover, anyone who is diabetic and whose immune system is not functioning well needs to be on the guard against this.

Looking at the rising cases of Mucormycosis, the Union Health Ministry had last month said the availability of Amphotericin-B, the key drug to treat the deadly disease is now being increased and the ministry is in touch with five additional manufacturers.

Several states including Madhya Pradesh, Rajasthan, Bihar, Gujarat, Punjab, Haryana, Karnataka, Odisha, Telangana and Tamil Nadu have declared it a ‘notifiable’ disease under the Epidemic Diseases Act, thereby making it mandatory to report every Mucormycosis case to the state government.