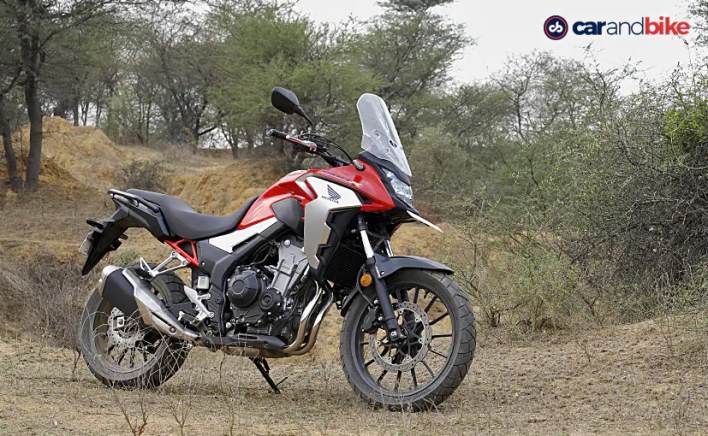 There is no such thing as too many adventure motorcycles. Every few months, a new ADV is launched in in India! And this time, it is a model from Honda, which has proven to be quite popular in global markets. And comes to India, for the very first time! We may have said this before but I will say it again. Adventure motorcycles are similar to SUVs! Indians just can’t get enough of them. And now, starting right from 200 cc, going up all the way to 1200 cc, there is an ADV for everyone! While Honda has had the Africa Twin in India for a few years now, it never had a smaller ADV, until now! Enter Honda CB500X. 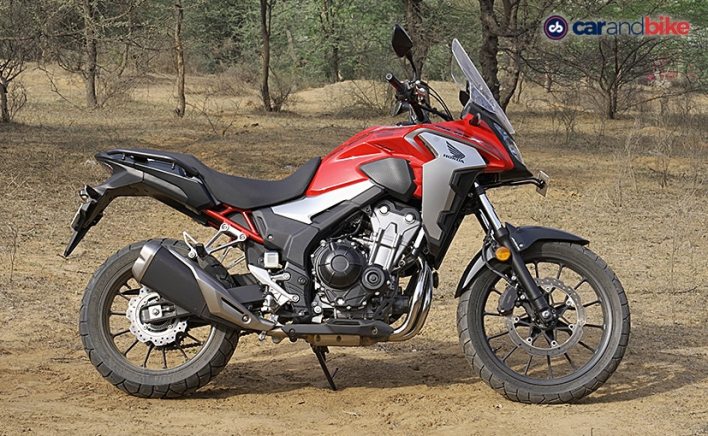 The motorcycle gets the typical ADV design! Tall stance, wide handlebars, tall windscreen and the now standard 19-inch front wheel along with the 17-inch rear wheel. It looks built for purpose, no doubt and stands out on the road as well. The combination of red, black and silver did look good on our test motorcycle. And the sculpted tank does not look like it could hold 17.7 litres of fuel, which should give the motorcycle a decent range. 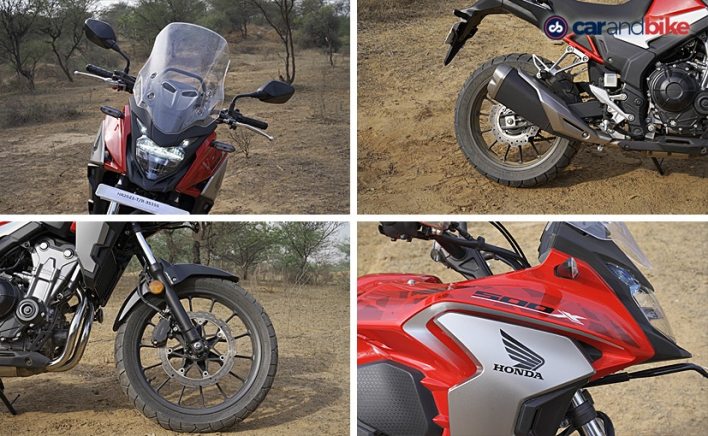 A seat height of 830 mm is par for the course on the CB500X. What could play against it though is the 199 kg kerb weight, especially on tight, technical trails! Although Honda says that the mass of the bike is centralised as much as possible offering better control when riding. 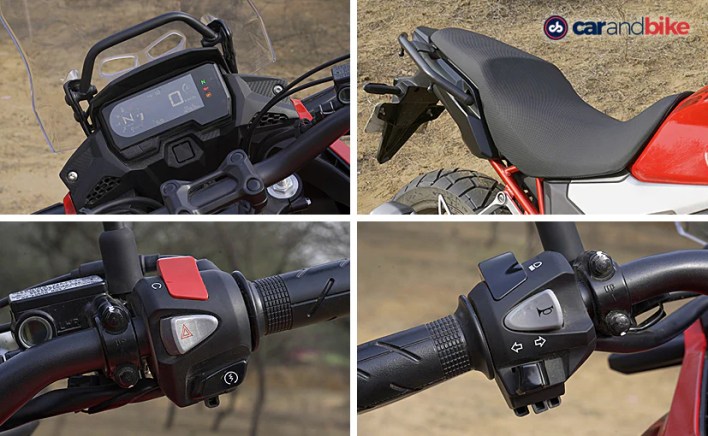 (There is a full LCD unit with negative display. The quality of switchgear is nice and the seat is quite comfortable too)

In terms of features, the CB500X gets a fully digital instrument cluster with negative LCD. Then you have dual-channel ABS along with emergency stop signal and Honda ignition security system The CB500X also gets full LED lighting as well. Lastly, there is a slip and assist clutch along with the 6-speed gearbox, making for slick shifting. In terms of ergonomics, the perch on the motorcycle is really comfortable. I mean this is a sort of a motorcycle which is built for mile-munching. The seat itself is quite comfy and accommodating. The handlebar is nice and wide and standing up and riding seems to be an easy affair too. 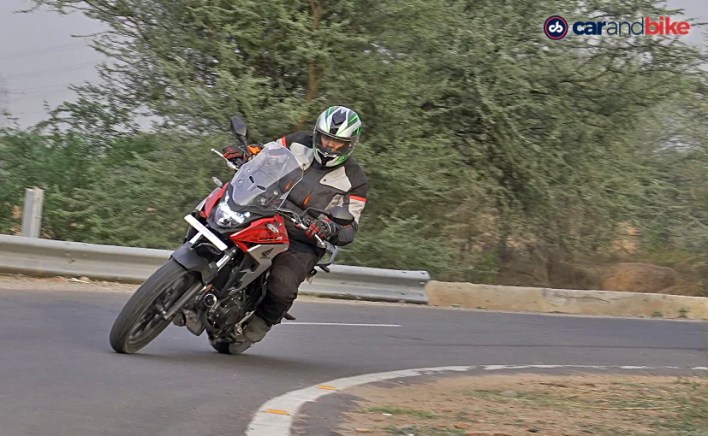 (It is a sweet-handling machine, the CB500X. It is easy to tip into corners and holds its line under hard cornering)

The CB500X handles well, better than how we expected it to! I think the response from the steering inputs could be even sharper if the rear suspension is set up optimally. The suspension setup particularly at the rear is quite soft, in its factory setting. We would have liked a slightly firmer setup. But that is just a matter of dialling up the suspension as per your weight and liking. But overall, the bike offers a plush ride, whether you are going over broken roads or on trails like we did at the media ride. 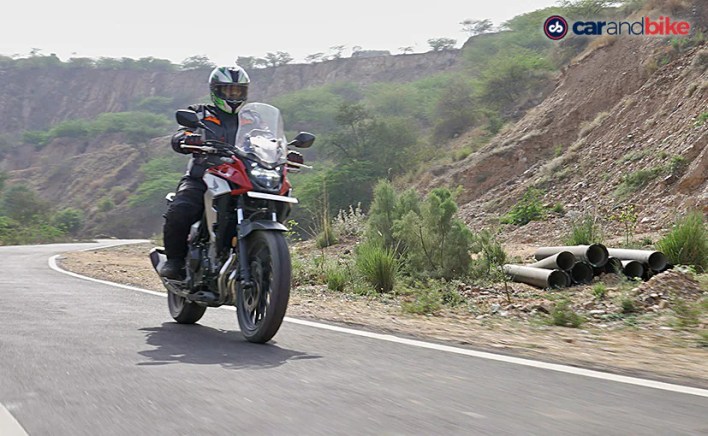 (The power delivery is very linear and the motorcycle pulls cleanly right from the word go!)

What we also quite liked is the linear power delivery right from the word go! The motorcycle pulls cleanly from the bottom end. Give it the beans, and it will go quickly to the other side of the rev range without any drama. The mid-range is meaty and comes in quite handy if you want to execute a fast overtaking manoeuvre. Like most parallel-twin engines, this motor too is quite smooth. There is the barest hint of vibration, but only if you are gunning the motorcycle above 6,500 rpm. Although, we found the braking to be a little spongy and the bite could have been little sharper. 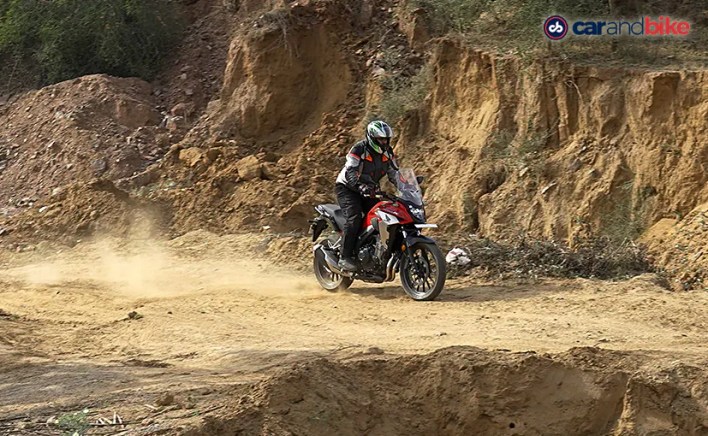 (Taking the Honda CB500X off-road proved to be pleasant experience)

The Honda CB500X proved to be surprisingly capable while going off-road. There is enough grunt in the bottom end to take you through terrain that may bog you down, like really soft powdery sand. The soft suspension is a boon when you are traversing rocky surfaces and more importantly, there is enough grip to be had from the Dunlop dual-purpose tyres, which work well on tarmac and off it. Maybe Honda could have given switchable ABS, at least on the rear wheel, which would have significant difference to the CB500X’s off-road game. 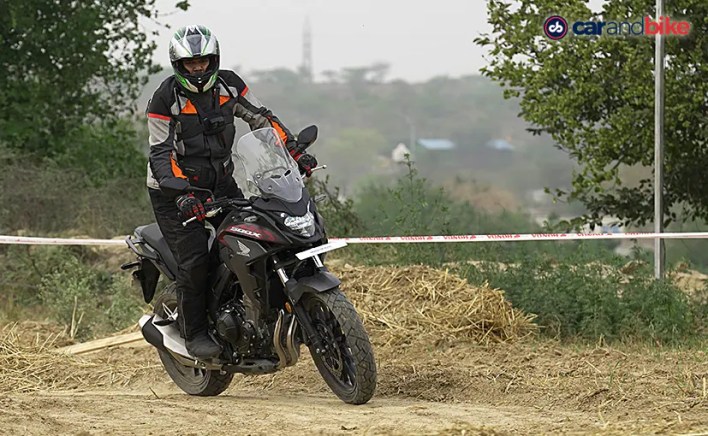 (The low centre of gravity and the centralised mass does well to hide the 199 kg weight of the bike. It is easy to manage on tight, technical trails)

Now Honda says that the engine on the motorcycle is placed close to the swingarm pivot, which means the mass is centralised. This translates into the fact that the balance on the motorcycle, particularly at slow speeds and on surfaces with low traction is quite good. It gives a better sense of control and stability, which is important when going off-road. 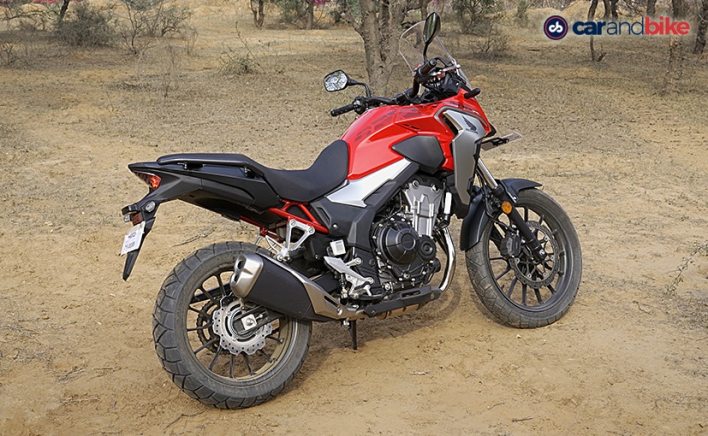 (A price tag of ₹ 6.87 lakh puts a damper on what is really a good-quality product along with solid performance)

Our time spent with the Honda CB500X made us realise that it is actually a versatile motorcycle. A good touring machine and can take on the rough easily too. It is available in two colours – Matt Gunpowder Black Metallic and Grand Prix Red. The one big gripe that we have is the pricing, which feels exorbitant. At ₹ 6.87 lakh ex-showroom, the CB500X is closer to the 650 cc ADVs like the Kawasaki Versys 650 and the Suzuki V-Strom 650 rather than its actual rival, the Benelli TRK 502 whose prices range from ₹ 4.60 lakh to ₹ 5.29 lakh. It is perhaps the best-rounded package in the 500 cc space, but customers will have to be willing to pay the price for it.

IPL 2021: RCB all-rounder Shahbaz Ahmed changes game with 3 wickets in an over against SRH – WATCH | Cricket News
45 mins ago