The 2021 Ducati Monster will be introduced in India later this year, in all likelihood, by September or October 2021. Speaking with carandbike in an exclusive interaction, Ducati India Managing Director Bipul Chandra revealed that the new Ducati Monster will definitely be launched in India, and will be introduced later this year. Due to COVID-19 restrictions, production of the Monster has been hampered at Ducati’s Thailand plant, and as soon as production resumes, it will be launched in India. The new Ducati Monster has a completely different design language and ditches one of the most distinctive signature elements of the iconic Monster design, the steel trellis frame. 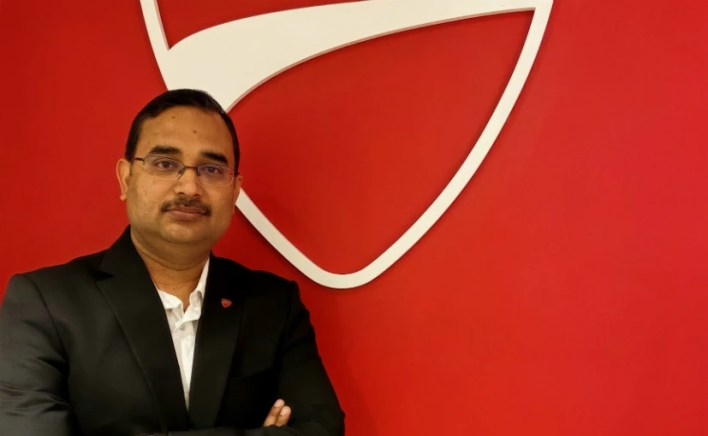 “The Monster is one of the highest-selling models for Ducati in India, after the Scrambler, and we hope to launch it by the end of Q3 of this calendar year, or by the beginning of the fourth quarter. As soon as production of the Monster resumes in Thailand, we will be able to bring it to India, within a month or 40 days of it going into production,” said Chandra. 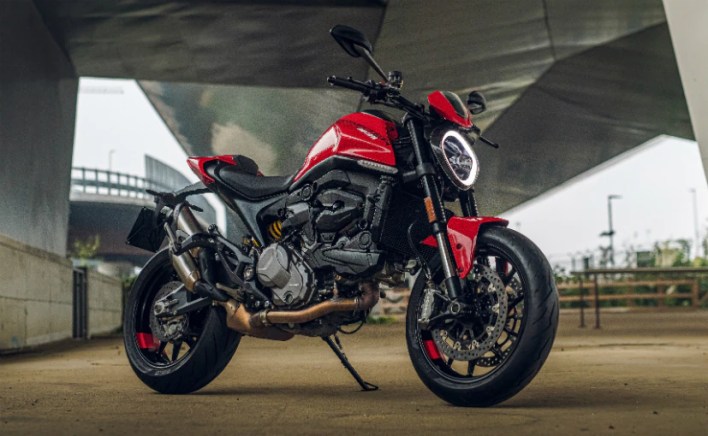 The 2021 Ducati Monster has been significantly updated, and now features a new chassis. One of the most distinguishing features of the Monster’s design, and structure, the steel trellis frame has been replaced with a lighter aluminium front frame, and sheds 4.5 kg over the previous generation Monster’s frame. Also contributing to lighter weight of the new Monster are lightweight cast-aluminium wheels, a redesigned dual-sided swingarm and a redesigned rear subframe which uses Glass Fibre Reinforced Polymer (GFRP) technology. Overall, the bike weighs 18 kg less than the previous generation Monster 821. 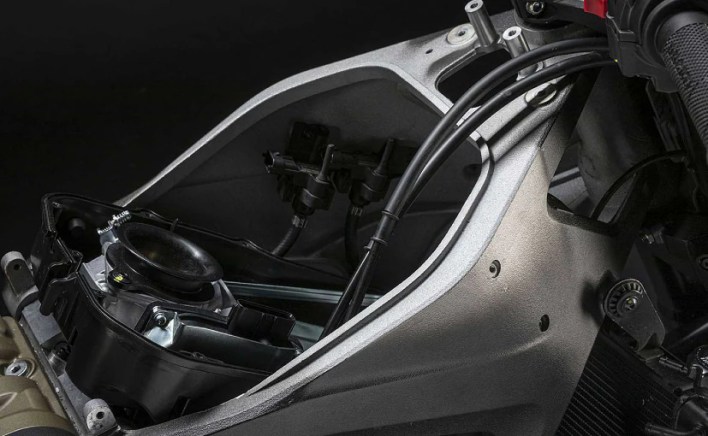 The updated Euro 5 version of the 937 Testastretta 11-degree, v-twin engine has been updated too, with a redesigned crankshaft and connecting rods, revised transmission gears and final drive, and added new timing belt covers and clutch cover. The engine is at least 2 kg lighter than the Monster 821’s unit, and makes 110 bhp at 9,250 rpm and 93 Nm of peak torque at 6,500 rpm. The new Ducati Monster will replace both the Monster 797 and the Monster 821, but the Monster 1200 stays in the international line-up, and still gets the steel trellis frame. 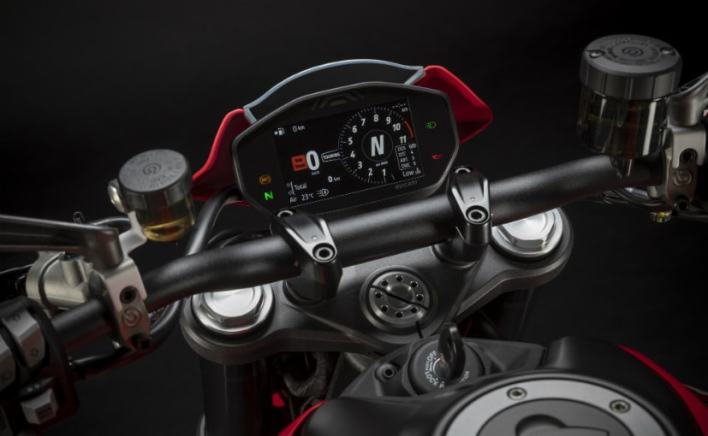 The 2021 Monster also gets a 4.3-inch TFT console with graphics inspired by Panigale V4

Electronics on the new Monster are comprehensive, with cornering ABS, traction control, wheelie control, launch control and three riding modes, Sport, Urban and Touring. All the settings of the electronics suite are customisable through the 4.3-inch TFT display, and an up/down quickshifter is standard. 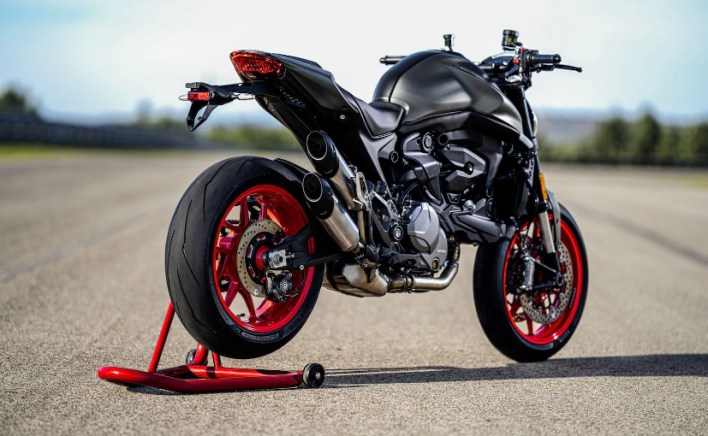 The design is completely new, with a muscular fuel tank which Ducati describes as “Bison-back”

The design is completely new, with a muscular fuel tank, that oozes even more brawn than before, and an oval shaped LED headlight, with sweeping turn indicators mounted beneath the fuel tank covers. The 43 mm upside down fork is non-adjustable, while the rear shock is adjustable for only preload. The 17-inch cast aluminium wheels are shod with Pirelli Diablo Rosso III tyres, while braking duties are handled by Brembo M4.32 calipers gripping 320 mm semi-floating discs, and a two-piston caliper gripping a 245 mm rear disc. 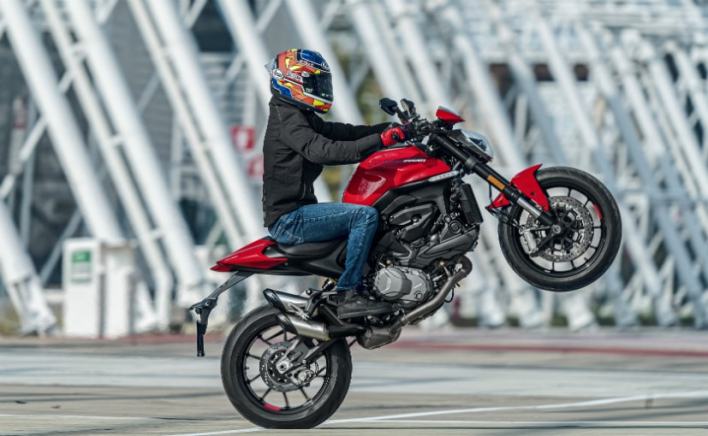 The Monster retains its aggressive stance and now wears a more chiselled, lean and mean look

The Ducati Monster is one of the most important models for Ducati India, and commands a huge fan following, second only to the Ducati Scrambler range. Once launched, the Ducati Monster will go up against rivals like the Triumph Street Triple R and the Kawasaki Z900. It’s expected to be priced in India in the region of ₹ 10 lakh (Ex-showroom).

Orphaned By Covid, These Children In UP Stare At Uncertain Future